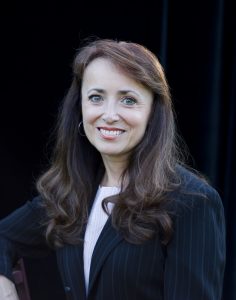 It is with great pleasure and anticipation that I look forward to an exciting year of music making with the members of the Brockville Community Choir. I am truly honoured to be given the opportunity to lead this dedicated group of singers and musicians as we continue the journey towards excellence and joy in choral singing. The harmony in fellowship and jubilation that are a part of the choral experience are gifts both from and for the spirit. Let us hope that as we work hard to achieve our goals, we will not lose sight of this and will cherish and enjoy every moment of our time together. I look forward to getting to know the members and all those associated who volunteer and support the choir. It will be a fruitful journey in collaboration as we continue to reach out to the community of Brockville and bring to life some of the world’s most beautiful music.Thank-you for your dedication and support and for the opportunity to serve.

Artistic Director, Dianne Baird, joined the voice faculty at the Dan School of Drama and Music in 2003 and currently serves as Voice Area Coordinator and Director of the Queen’s Opera Ensemble. Dianne teaches courses in Vocal Methods including Choral Conducting, Lyric Diction and Applied Voice and has served on the Curriculum Committee. Dianne completed four degrees, a B.A. in English (Communications) at McGill University, a B.Mus. and B.Mus.Ed. at Memorial University in Newfoundland where she was awarded the university medal for excellence in music education, and a M.Mus. in Voice Performance at the University of Ottawa. She also completed the Associate Examination in piano with Trinity College London, England.

Dianne has conducted with William Weinert at the Eastman School of Music, Rod Eichenberger in Cannon Beach, Oregon and Simon Carrington, Brian O’Connell and Bronislawa Falinska in Sarteano Italy and has sung in choirs in Canada (Ottawa Bach Choir, Cantata Singers of Ottawa, 17 Voyces etc.), the US and Europe including Cambridge Early Music. She has volunteered with Sistema Kingston where she conducted the children’s chorus and was the founding director of the Ottawa women’s chorus, Cantabella. Dianne is a former member of the executive with the Ottawa Chapter of the National Association of Teachers of Singing. She is a sought after adjudicator and is a member of the Royal Conservatory College of Examiners.

Dianne has been conducting the Brockville Community Choir since 2017.